Last Thursday (25 October 2012) was Fresh Egg’s second ever Hack Day, and it proved to be another roaring success.

Nine teams of various sizes took part, boasting team names as simple (and almost unforgivably punny) as “Eggficiency” to as elaborate as the quite frankly impressive “That ol' robotic, futuristic, George Jetson, CRAZY HACK”. Each team then spent the entire day researching, developing and preparing to present a variety of fresh new ideas to a panel of esteemed judges the next day.

Ideas included in-house tools to boost efficiency, a rumour generator and a widget to seamlessly embed and correctly attribute images, but in the end the grand prize was awarded to Team Eggstraordinary, its members being SEO engineer Tom Brennan, software developer Dan Ellis and technical support engineers Gavin Brooks and Tom Davis. 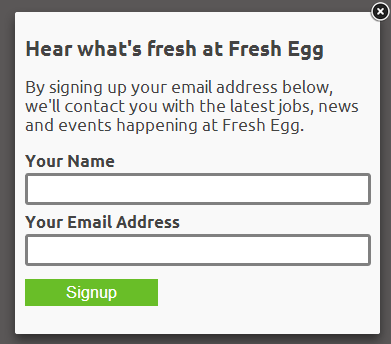 Team Eggstraordinary’s idea was the Fresh Egg Public Interactive Display Unit (FEPIDU for short), a touchscreen display that would form part of the floor to ceiling window of the reception area. Inspired by the sheer amount of people trying to peer in through the (mostly opaque) office windows on a day-to-day basis, the FEPIDU’s aim was to allow members of the local community to find out more about what Fresh Egg do, give information on job vacancies, display media such as videos and photos and even offer games for passers-by to play.

When asked what they thought the best part about their Hack Day experience was, the team cited the interdepartmental spirit, saying: “It was great to work with people who, on a normal daily basis, we don’t get to work with that often.” Tom Brennan’s enthusiastic presentation delivery also got a special mention, the team quite rightly adding that it looked like his two years of acting training paid off.

When asked if there were any other teams they were nervous of and why, Team Eggstraordinary said:

“All of them! We were really impressed with all of the ideas that came out of Hack Day, and were slightly intimidated by The Embeddables (especially their macho poster design). It’s very humbling to have had our idea chosen when there were so many wonderful and innovative ideas and presentations.” 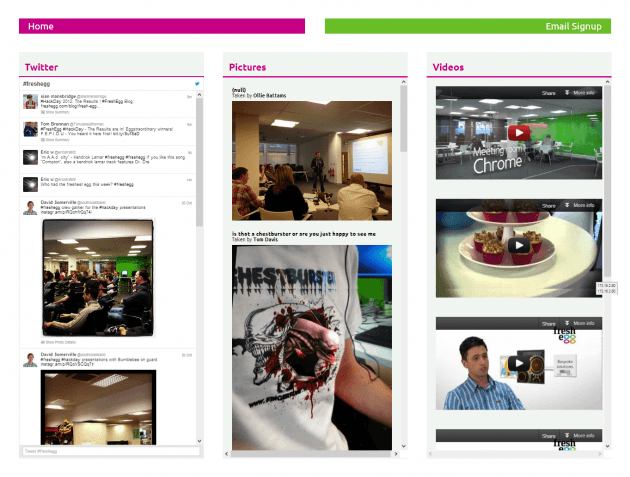 While FEPIDU may have won the Hack Day 2012 award and thus gained the attention of the directors, the great concepts and prototypes thought up by other teams are certainly not going to be discarded.

With a few of our Hack Day teams having already expressed the desire to take their ideas further, it’s only a matter of time before a whole new range of innovations come bursting forth from Fresh Egg’s FEPIDU-flanked door.