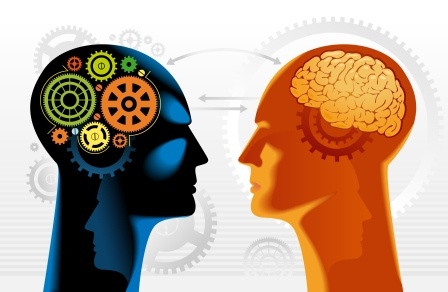 An article published by Bloomberg on 26 October 2015 revealed for the first time that, significantly, an artificial intelligence (AI) system codenamed RankBrain was launched by Google earlier in 2015. The news highlights the search engine’s rapid evolution towards the use of machine learning and AI to power its search engine.

But what exactly is RankBrain? This article clarifies what we know for certain, dispelling myths and avoiding speculation, as well as exploring the wider implications of AI in search for businesses and marketers.

You can also listen to our podcast, which discusses the subject of RankBrain.

What is RankBrain and what does it do?

RankBrain is the first system within Google’s search algorithm to employ machine learning to process huge volumes of search queries submitted to Google, including voice search. It attempts to understand what those queries mean and use that understanding to provide better answers.

For example, the system helps with interpreting the meaning of ambiguous or new search strings. Google states that approximately 15% of search terms have never been used before, and processing these queries to return more accurate and useful search results is one area that RankBrain is helping Google to improve.

“ If RankBrain sees a word or phrase it isn’t familiar with, the machine can make a guess as to what words or phrases might have a similar meaning and filter the result accordingly ” -Bloomberg

RankBrain’s learning mechanisms are not in continuous operation – rather, it employs ‘assisted learning’ where new data sets and processing models are periodically input by Google engineers, who then assess the output and deploy the changes to the live running system if they show improved results.

What do we know for certain?

Currently, there is little concrete information that has been confirmed by Google aside from the information within the original Bloomberg article. At the same time, there has been a lot of speculation and guesswork within the search industry – the majority remains just that until more becomes known.

This is what we can be certain of:

It is likely that more will become known over time – whether directly from Google statements or via any patents they are granted relating to RankBrain. This page will be updated to include any new information if and when it is confirmed.

What Google means by ‘ranking signals’

As noted above, RankBrain has been described as the third most important ranking signal within the complete mix of hundreds or even thousands of signals. This has resulted in much speculation within the search industry that the system is therefore directly assessing the quality of content and websites in some way.

This is certainly possible but has yet to be confirmed. When Google discusses ranking signals, it includes anything that might impact search results for a given query, including personal or contextual factors such as a user’s search history or physical location.*

Therefore, it is possible that RankBrain is a ‘signal’ in the sense that it greatly impacts the type of content that is selected and then ranked by the wider Hummingbird algorithm. Bloomberg’s description of RankBrain acting to “filter the result accordingly” is a key consideration here. Again however, this is only speculation at this point in time.

*Understandably, those within the search industry tend to focus on those which are more directly controllable, such as on-page factors or external backlinks. However, this can lead to statements from Google being misunderstood or interpreted too narrowly.

Can we expect more AI within Google’s algorithm?

Almost certainly. Google has invested huge resources into developing its artificial intelligence capabilities in the last two to three years. This includes the $400m acquisition in January 2014 of DeepMind Technologies, a UK-based start-up focussed on deep learning methods – a form of machine learning.

Most recently, Google has released to the AI community part of another AI system named TensorFlow. This system is already being used in a number of Google products, as confirmed by a Google blog post in November 2015 by Google chief executive Sundar Pichai:

“We use TensorFlow for everything from speech recognition in the Google app, to Smart Reply in Inbox, to search in Google Photos. It allows us to build and train neural nets up to five times faster than our first-generation system, so we can use it to improve our products much more quickly.”

Use of AI has long been stated by key figures at Google to be a core ambition for the future of their products in general, not just the search engine.

With the likes of Microsoft, Apple and Facebook also exploring machine learning and artificial intelligence, there can be little doubt these technologies are central to the future of online search.

However, Google is far surpassing its rivals when it comes to AI. Chris Nicholson from deep learning start-up Skymind told Wired:

“Google is five to seven years ahead of the rest of the world.”

What does RankBrain mean for businesses and marketers?

The rise of AI within Google is likely to accelerate the pace at which it can improve the quality of its search results as the burden placed on human engineers and quality raters is reduced.

At the core of Google’s search engine is a drive to understand exactly what it is that users need when they are motivated to search. Now that mobile search is more commonly used than desktop globally, Google has identified ‘moments’ – the little, everyday events that trigger the need for users to search.

This has implications for businesses which potentially impact even the structure and alignment of their marketing teams. While in the past Google’s major algorithm changes have often targeted or negated specific SEO tactics, more recent developments have raised broader considerations where marketing strategies are concerned.

A deep understanding of target audiences and the triggers that motivate them is therefore the core part of any digital marketing strategy, including SEO.

Google has the ability to understand far more about users and their behaviour than perhaps any other business around the globe, and its algorithms allow it to adapt to changing trends or topical events at very short notice. It can also tailor its search results to individual searchers based on context or personal factors.

The days of SEO being able to operate effectively as an independent silo with no reliance on other disciplines or teams are therefore a fast-fading memory. SEO needs to sit at the heart of, and be integrated with, the wider marketing team – this approach helps to amplify and unify strategy and ensure that a user’s experience of a brand is consistent across all channels and touchpoints.

Teams that specialise in other marketing channels or disciplines need to understand the impact their work has on user behaviour in relation to search and how best to use this insight in order to drive wider success.

This was the case before RankBrain, but applies even more so as Google’s rapid evolution continues.

The recommended approach to search marketing has not been changed by this announcement and the information available so far. As with the idea of an independently operating SEO team, legacy tactics based on keywords and links were already outdated long before RankBrain began to be rolled out by Google.

While links still play a role in Google’s algorithms, their significance has changed; relevance and context are everything. An effective strategy will result in the acquisition of links naturally as a result of wider marketing campaigns – a means to an end, rather than the core goal of the campaign.

A technically sound, search engine-friendly website is also critical but again, thsi was the case before the launch of RankBrain.

To discuss the implications of RankBrain and AI for your marketing strategy in more detail, please contact us directly via sales@freshegg.com.