Google's recent update to its algorithm, dubbed the 'MayDay' update (although it was actually implimented on April 28), was an apparant attempt to improve the  indexing of long-tail search queries, making the results of these searches more relevent to users.

A few years ago, most people were only searching using two or three words. As people have gotten more comfortable using search engines, they've begun to get more specific with their searching; entering queries longer than three words. These queries are referred to as 'long tail', and the update to the Google algorithm is about placing more power and emphasis on these long tail terms. 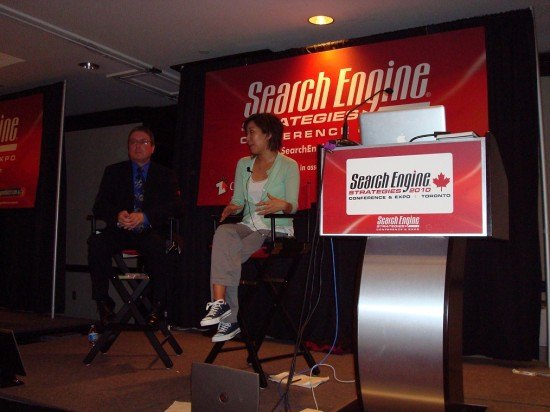 Maile Ohye, senior developer programs engineer at Google, had this to say at the SES Conference in Toronto:

Some people weren't developing quality content on long tail terms. It wasn't a violation of our guidelines, it just wasn't what we wanted and wasn't providing value. So we now just consider long-tail queries as all other queries and place as much value on them as we do into shorter queries

This update, one of many Google make every year, appears to have displaced a large number of websites and small businesses from the index, and it appears it won't be the only one

The MayDay update is one of many updates designed to improve the relevancy of our algorithm when ranking long tail search terms. We have other projects too to help continue making long tail traffic tightly relevant.

When asked how this would affect SEO, Ohye responded with the Google standard

Although a lot of small business are complaining about the displacement of their website from the index, i think in the long run this may be a good thing. More and more focused searchers know exactly what they're looking for and are happy to continue searching, refining their query until they find what they want. This potentially represents lots of lucrative niche markets and should help to improve the relevancy of Google's results for long tail queries.

It also appears that Google are now back to paying attention to meta descriptions, as Ohye suggested that they may be used to create Google's snippets on their results pages. She also suggested they would be used to help Google's algorithm decide on a websites' relevancy:

For several years we considered metatags as a kind of spam technique, but we may now use this information to help determine overall search relevancy

So it's probably worth paying attention to your websites meta description, although as this experiment suggests, you should ensure any keywords included in a pages' meta description can also be found in the websites' copy.

Ohye talked briefly about social media during the convention, suggesting that although she thinks it's a good idea for a company to utilise social media, it probably wouldn't have a direct impact on search rankings

It's great to have a Twitter account or a blog to attract readers, but right now it's better for webmaster to prioritize, and that means having a great website first.

Although i'd suggest social media can be used not just to attract readers, but to interact with them. I'm not suggesting social media will push up the rankings of your website for any particular keyword, but it will help you have more than one result in the returned pages and will improve brand awareness (if done properly), which should help improve conversion rates.

Ohye also spoke about Google's new change to it's indexing infrastructure, which they've dubbed 'Caffeine'. This change is designed to return relevant, fresh results to the user far more quickly than they could do previously; a move meant to improve the engine's real-time relevancy.

Caffeine increases document freshness by up to 50%. On a per document basis, we can now attach more meta data, which leads to a deeper way to look at content and can provide ranking updates far more quickly for Google. We have all of these ways to push a document out faster and get it to users quicker.

Here's one i think we all knew the answer to. How does Google deal with Flash based websites?

If you have a flash site, don’t expect Google to crawl it perfectly – or other search engines too.  It’s just not as accessible.  We’re working actively on Flash but it’s not perfect yet.