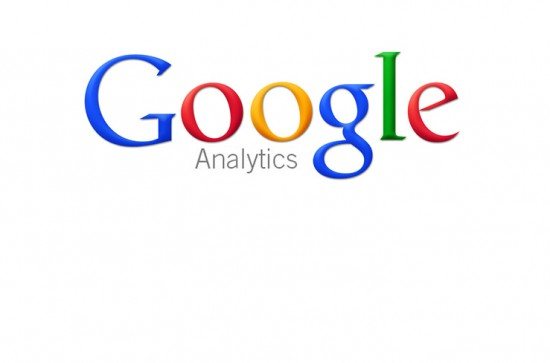 The good news for those of you who weren’t lucky enough to be whitelisted for Multi-Channel Funnels access before now is that Google announced on Wednesday 24th August that the set of 5 promising new reports is now available to all GA users.

Then in the new navigation, roll over My Conversions and select Multi-Channel Funnels from the drop down.

The new set of Multi-Channel Funnels reports allows marketers and analysts to look beyond the ‘last click’ model and see all visitor touch-points leading up to conversions within a 30 day period.

As standard, Google Analytics (along with many other tracking solutions) credits conversions based on a last click model. What this means is that for converting visitors who have arrived on the site via several preceding channels – such as an organic search - GA will credit the resulting conversion to the source of the converting visit. The issue with this for marketers is that it is biasing the data in favour of the channels, campaigns or keywords comprising the later stages of the conversion path.

This can make it appear as though certain awareness channels such as display, as well as upper funnel keywords such as category keywords (e.g. laptops) are not contributing to enough conversions to represent a solid return on investment.

In reality users may not end up converting at all without finding the site initially through these introducing and influencing channels in the top and middle funnel steps of the conversion cycle. Cutting spend on these seemingly underperforming channels and keywords could in turn reduce overall performance as less new visitors will be acquired as a result of limited exposure at the research stage.

Crucially, Multi-Channel Funnels allows you to look back 30 days and see the full paths to conversion.

This helps break away from the silo effect -where each channel can only be analysed in isolation - as opposed to the more meaningful approach of analysing channel performance in relation to other channels and within the context of overall performance. The image below shows an example of the ‘Top Conversion Paths’ report displaying the top performing paths to conversion within the sample period.

The example report above only shows the default channel groupings provided by GA. But crucially, you can add additional custom channel groupings for any channel, campaign or keyword grouping you wish, e.g. affiliate channel, summer sale campaign, brand and non-brand keywords, etc.

What the above report shows is that the top converting path is two steps in length and both touch-points are direct visits. This leads to an important point to note about Multi-Channel Funnels. As standard in GA, direct visits do not overwrite existing campaign cookies - meaning that for a user who visits your site via a paid or natural link (or a referral) and then subsequently comes back directly and converts, this resulting conversion will be credited to the last campaign referral (essentially direct traffic is at the bottom rung of the ladder). Multi-Channel Funnels counts direct visits as a channel in its own right and therefore it will appear more frequently as a converting channel within MCF.

This ‘Top Conversion Paths’ report can be used to drill down further if required, for example to a keyword level for paid and natural search. This can be incredibly insightful for analysing the effect of non-brand terms driving initial visits but subsequent brand referrals driving the lion’s share of the conversions. To take this analysis even further, the conversion segments feature (similar to advanced segments) allows extra segmentation capabilities such as isolating paths that only contain organic as the first interaction but do not feature organic as the last interaction. One thing to bear in mind if you are attempting this type of analysis is that the conversion window within MCF is 30 days. This is more than sufficient for many verticals but for higher ticket items users can research for several months before eventually deciding to purchase. Therefore in these cases the actual originating source may not be picked up, but a path will be shown which starts somewhere within the actual user buying cycle.

The image below shows an example of the ‘Assisted Conversions’ report which is likely to be heavily used by marketers, agencies and analysts alike. This assigns a previously unknown value for assisted conversions within GA. So in the example below, organic search drove 6,396 last interaction conversions within the selected time period but in addition to this it also assisted in a further 5,355 conversions for which it would not be credited with under the standard last click model. An important caveat to this which must be remembered is that the assisted conversion totals for each channel are not mutually exclusive. In other words, the 5,355 conversions which natural search assisted in may have also been assisted by any number of the other channels in the report.

One often neglected area that becomes absolutely critical if Multi-Channel Funnels data is to be used effectively is campaign tagging. Many companies simply opt for the out of the box implementation of Google Analytics which will track direct traffic, referring sites, natural and paid search by default. However in modern digital marketing the majority of companies are promoting their products and services through a plethora of channels including affiliate, email, display and social media and these generally require robust manual tagging using GA utm parameters. Consistent and intelligent campaign tagging allows full granularity within Multi-Channel Funnels, providing significantly greater visibility of how different campaigns are interacting with each other and impacting overall performance.

This article has only scratched the surface of what is possible with the new Multi-Channel Funnels reports in Google Analytics, while highlighting the importance of a full campaign tagging strategy.

Along with keeping you further informed on the benefits and uses of MCF we will follow up with an article on effective Google Analytics campaign tagging, so keep an eye open for that in the coming weeks.